Disclosure: I was provided with tickets in exchange for a post. All opinions are my own. 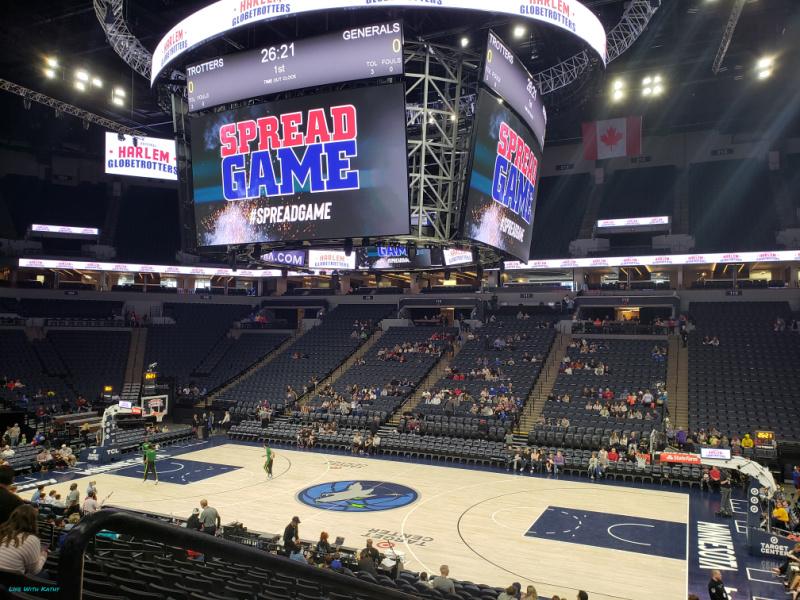 I've always been a fan of basketball ever since I was little. I never did join any sports, but basketball was still something I always enjoyed. I use to play in courts with my friends all the time. To this day, I still play basketball, but with my daughters. We always have a lot of fun with it. My youngest especially enjoys basketball. She said she really loves to play in gym class in school. I'm hoping that one day she may want to be on the school basketball team as well.

I recently was able to bring my family to see the Harlem Globetrotters. We were all so excited to be able to watch their game. This was actually the first time we have ever been to see them too. I will have to say that I will definitely be going back to see them again sometime. Actually, this was our first basketball game together as a family as well. I usually see school basketball, but this was the first time I really got to see the pros. 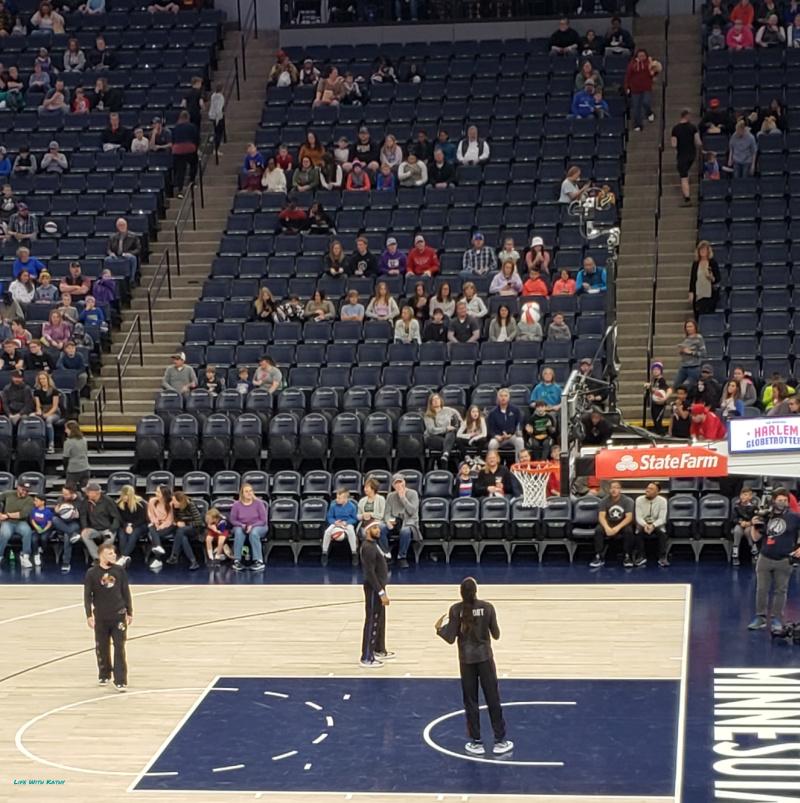 At the beginning everyone started to just warm up. Usually about a half hour before the game starts they start warming up. You'll get to see them do some really amazing tricks and such as well. It was really fun seeing all these amazing tricks that they were able to do. Some of them were even able to shoot hoops from very far away. 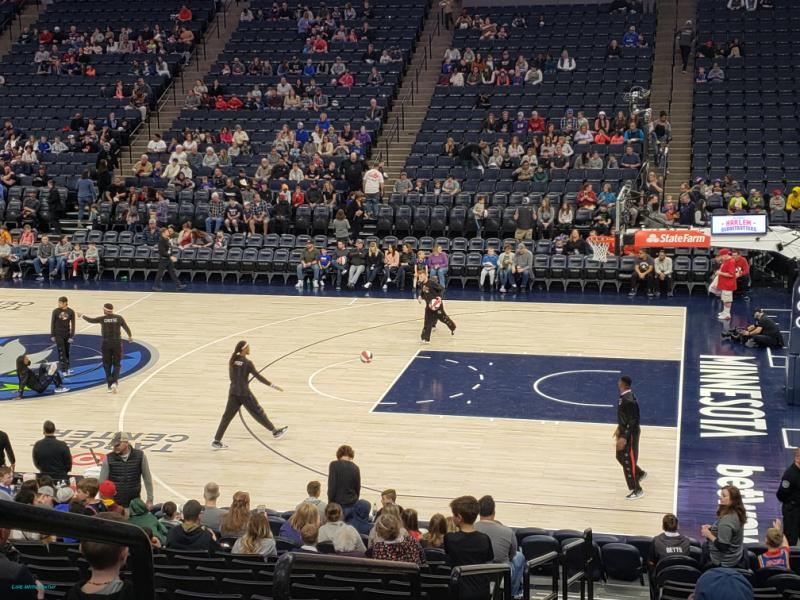 I will have to say that my family is not the biggest sports fans, but we had so much fun watching this game. After seeing the Harlem Globetrotters, we are now big fans and will be watching them again sometime. I'm definitely becoming more of a basketball fan now. I think seeing them all doing these amazing tricks and being hilarious is what really gets people in to watching these games. It is what makes them very entertaining to watch. 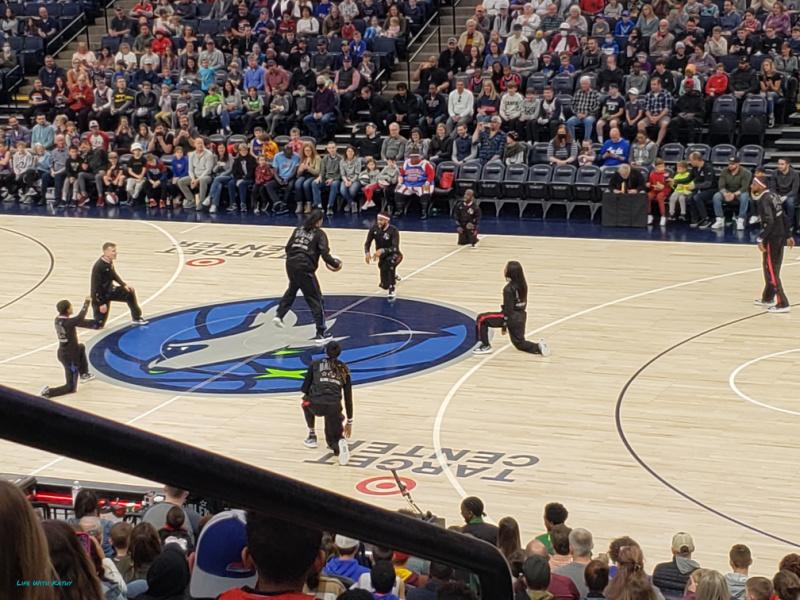 A lot of them did many different kinds of tricks as well. Everyone seemed to have their own styles and tricks that they could do. It was amazing to see some of these. They even had everyone in a circle and were having each of the players go one by one and show off some of their moves. 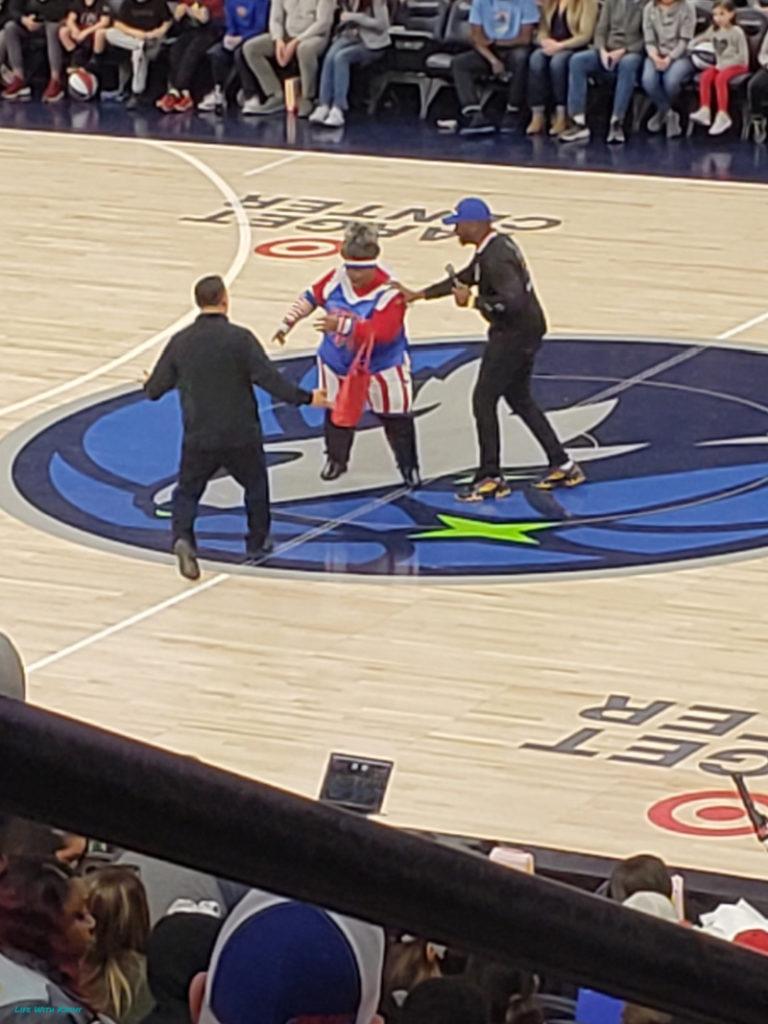 Even grandma came out for a show. It was very hilarious watching her and some of the other players. It was definitely a great show. Lots of fun entertainment and laughter. You've got to see one of their shows at least once if you haven't yet. I can't wait to take my family back again. We all had so much fun. It was very entertaining. 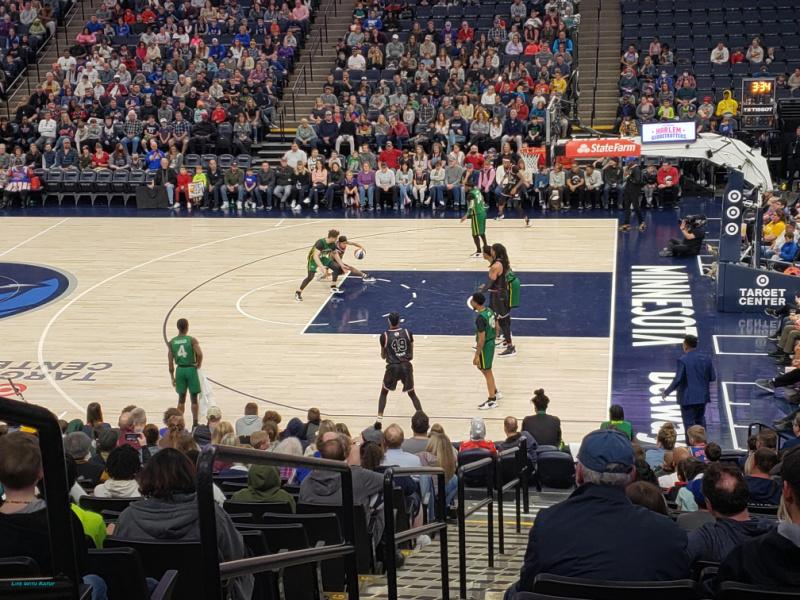 They were all so much fun to watch. What a blast it was to see everyone. It was hilarious seeing what kind of things they pulled on the other team as well. It's all in fun! They put on such an amazing show. Even if you don't enjoy basketball, I'd say this is a must see. They put on a fun show to entertain everyone. It's now all about basketball, but making it exciting to watch too. 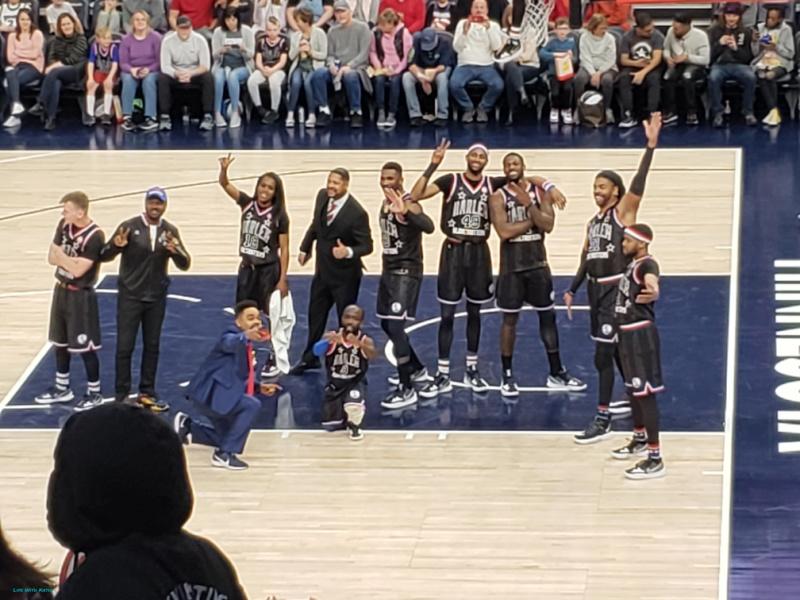 Right now you can save 20% with Promo Code: USFAM Make sure to use this code while you still can. It's the perfect time to see the Harlem Globetrotters while you can save some money too. My family highly enjoyed this show and can't wait to see the next one.

Leave a Comment
submit a review Join our blog team

Proud Member of The US Family Guide Network